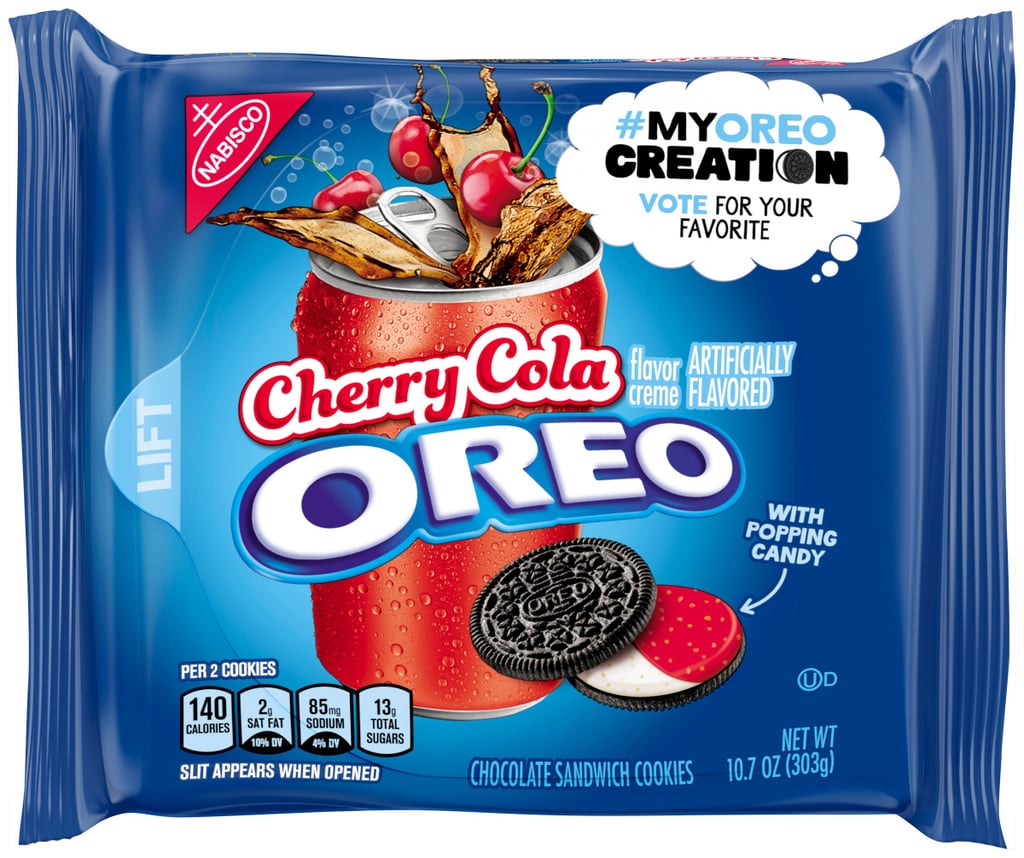 Oreo fans have long anticipated the arrival of the My Oreo Creation contest winners announced last year, and the wait is finally over! Cherry Cola, Kettle Corn, and Piña Colada Oreos officially hit shelves beginning on April 30, so prepare to make some room in your shopping cart for a  necessary purchase.

Like the true Oreo enthusiasts we are, POPSUGAR editors happily tasted all of the flavors ahead of the launch so that we could determine which ones to vouch for. Each flavor is wildly distinct from the next — seriously, props to the people who submitted these creative ideas — and you're sure to find a favorite quickly. Personally, I'm obsessed with the not-too-sweet Kettle Corn flavor that uses an intriguing ingredient to evoke the flavor of popcorn (my all-time favorite snack!).

Oreo received hundreds of thousands of ideas for the My Oreo Creation contest, and these are the lucky three that have become available to the public. To choose the final winner, you can vote for your must-have flavor (or flavors) from April 30 through June 30. You'll have to put your own taste buds to the test, but read ahead to see what we discovered after our thorough investigation. 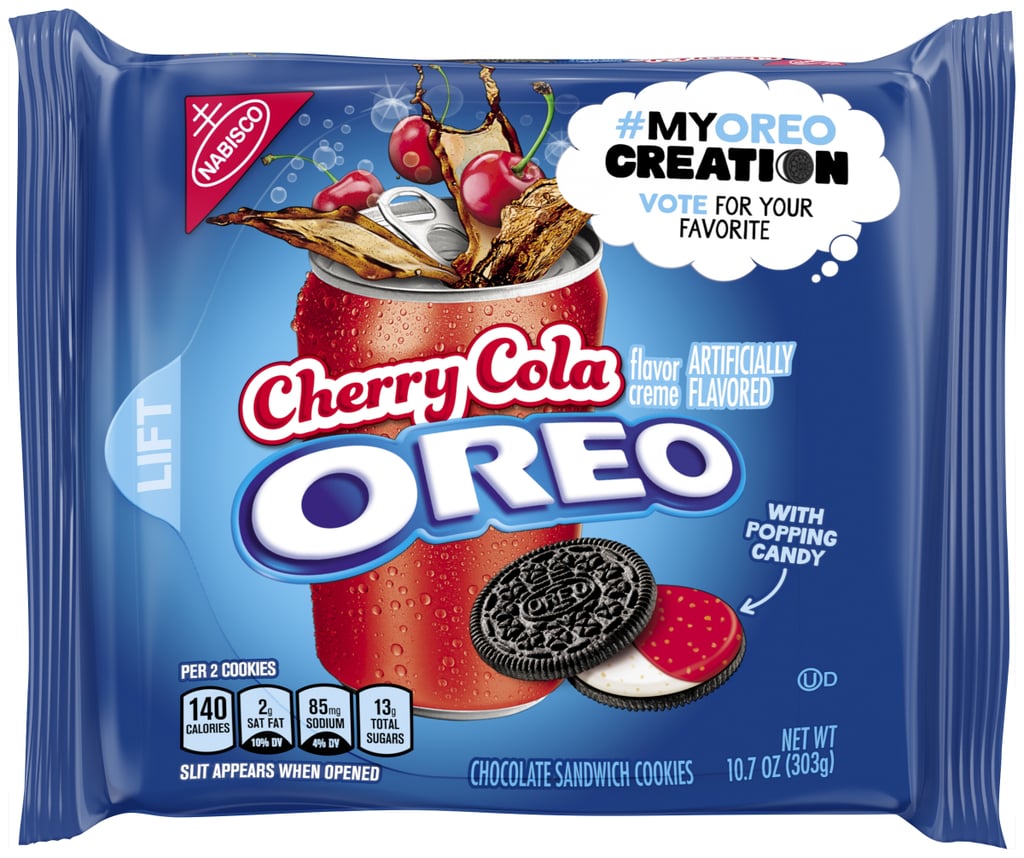 It seems impossible to capture the flavor of a crisp, fresh-from-the-fountain Cherry Cola in an Oreo, but the cookie masters have done it. The filling inside the chocolate cookie is half vanilla and half cherry, and the red portion is studded with popping candy (just like the Firework Oreos from a while back).

Feeling the candy "pop" on your tongue mimics the sensation of drinking a carbonated soda, and the spot-on flavor took me back to the days of sipping a Cherry Cola slushie from the gas station.

"The pop rocks are a subtle and surprising touch that adds to the overall soda effect," another POPSUGAR staffer noted. The cherry scent is prominent when you open the package, but the cookies don't taste nearly as artificial as they smell. We wouldn't be tempted to eat a whole sleeve of these (they're quite rich), but a polishing off a few hits the spot. 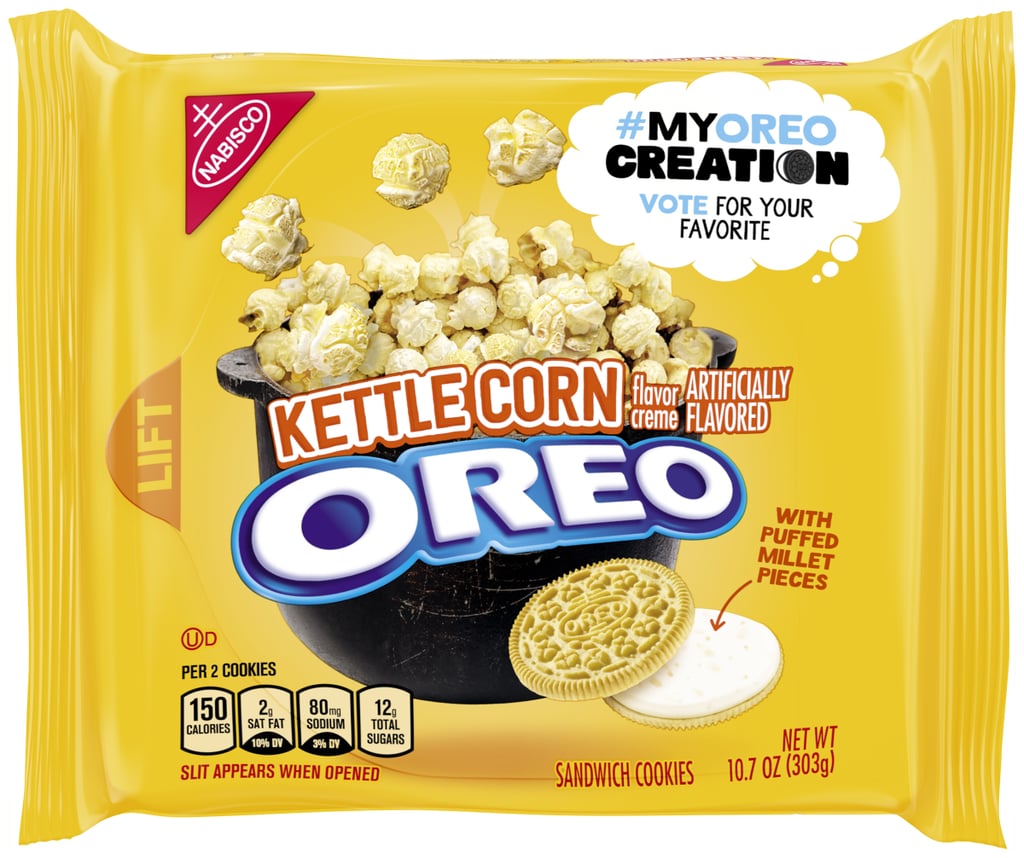 Whoever thought of this genius combination deserves a freaking James Beard award. These Golden Oreo cookies have nailed the kettle-corn flavor thanks to the surprise ingredient inside: little pieces of puffed millet, a grain similar to barley and amaranth.

One in-office reviewer wrote, "It smells like you're at a fair!" Another fan said, "I really love the texture of the popcorn pieces inside the filling. Despite smelling very sweet, they're not too cloyingly sweet. I would eat the whole pack of those for sure."

We're glad the Piña Colada flavor ended up being an Oreo Thin, because the filling is the most intense out of the three. Very pineapple- and coconut-forward, this creme filling does taste slightly artificial, but if you're all about a fruity blended beverage, you'll probably love them.

"These would have been weird with a chocolate cookie, but the golden Oreo definitely complements the pineapple flavor," said one taster. Several people noted these are not their top choice, but at the end of the day, you've gotta give Oreo props for continuing to crank out the strangely wonderful flavor ideas.